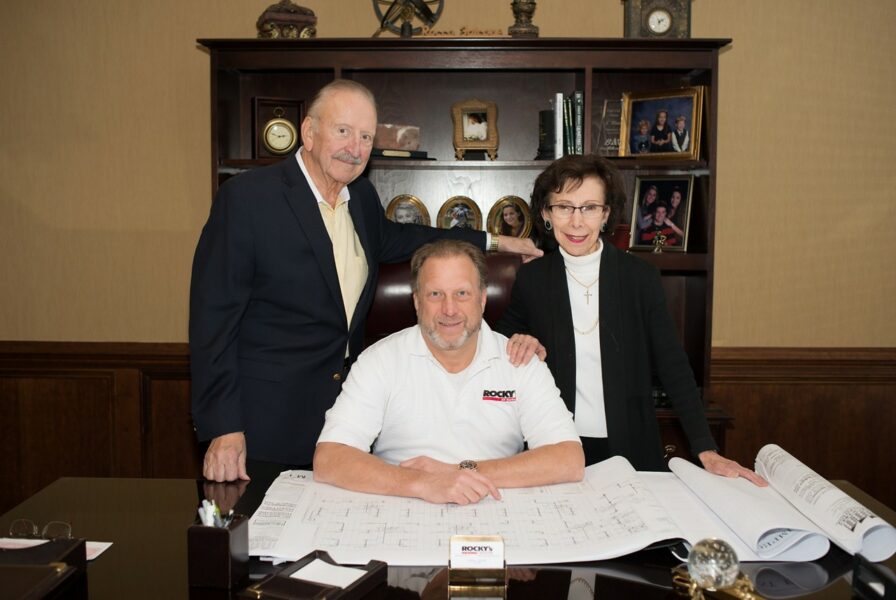 It is with great sadness that we announce the passing of James J. Falcone Sr. James passed away on Thursday, September 8, 2022 at the age of 84. He was surrounded by his loving family in his home in Groton, CT.

James was a visionary and quintessential entrepreneur. He began his career as at "Rocky's Hardware and Rental" as a mechanic in the rental department. He worked along his father, founder Rocco Falcone I for years before becoming the second generation to run the family business. In his time as president, he transformed the successful single store operation into a multi-state retailer. He increased the store count from one to seven and went on to sign an agreement to collaborate with resources from the Ace Hardware brand. Thus expanding Rocky's further.

During his career, Jim became infatuated with real estate development and involved himself with multiple business ventures. One of his most noteworthy was his vision for the East Longmeadow Center Village (anchored by the East Longmeadow Rocky's). His idea completely transformed and enhanced the town center, allowing it to become what it is today. Throughout his life, Jim never lost his zeal and passion for real estate development and hardware. A numbers guy to his core, Jim took an active interest in Rocky's evolution and growth as a trusted and brilliant advisor as he watched his own son, Rocco Falcone II take over as president.

Jim's kindness and ingenuity allowed him to shape the Rocky's business by bringing in new ideas but remaining dedicated to great customer service. He was loved by everyone and rest assured that his influence, business instincts and stewardship will leave a lasting impression on all who knew him.